The SECRET Model Y Feature That No Other Tesla Has!

One of the biggest problems with Tesla vehicles up to this point may have just been fixed with this new feature on the Model Y that Tesla decided to hide from us until now. Let’s talk about it. Tupac once said “California knows how to party” but what about the rest of the country? See, Tesla vehicles are made in California, and many people have claimed that Teslas are designed with the typical California climate in mind, where it’s pretty much warm year-round. So when someone like me who lives in the Midwest where it gets below freezing in the winter, driving a Tesla can be somewhat scary because of “range anxiety” which means you’re worried about running out of battery before reaching your destination. 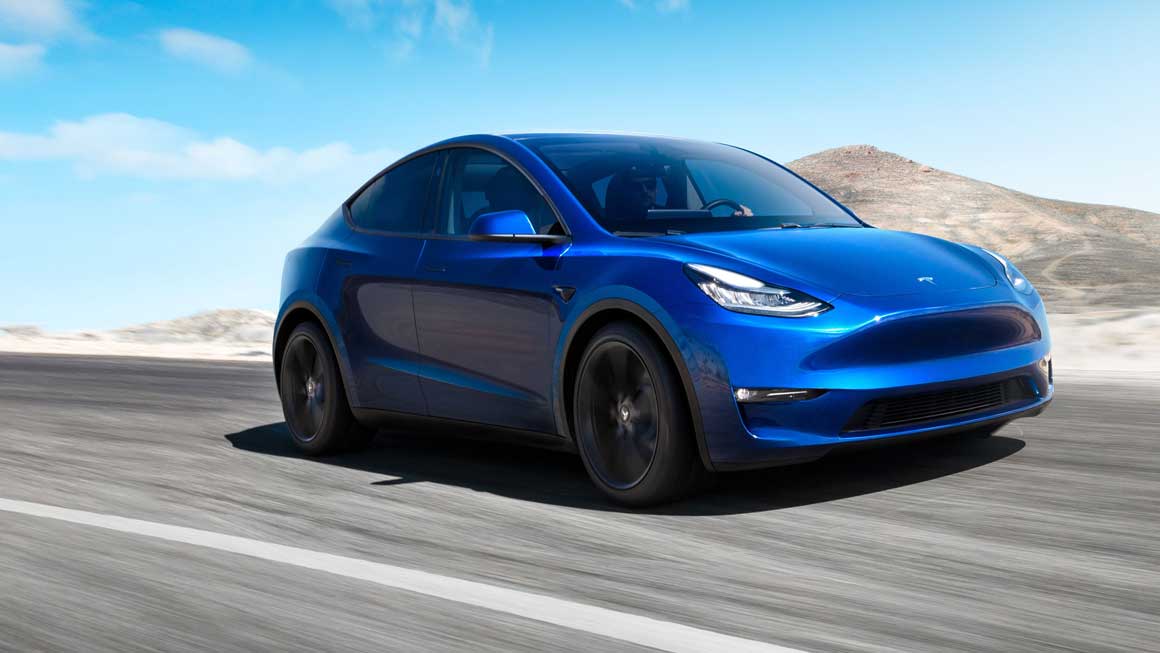 In cold winter conditions, an electric vehicle can lose up to 40% or more of its estimated range. In February I was on a road trip in my Model3 and lost 50% of my estimated range while driving highway speeds when it was around30 degrees Fahrenheit outside. I pulled in my driveway with 4 miles of estimated range remaining. I had a little range anxiety. But why do electric vehicles lose so much range in cold temperatures? It’s mostly due to three things: colder air which means more drag, energy loss from heating the battery, and the energy used to warm up the vehicle’s cabin. All Tesla vehicles prior to Model Y, warm the cabin through something called a resistive heating system where electricity is sent through a resistive heating element, which creates heat that’s blown out of the air vents.

A resistive heating system does not produce heat unless the heat is turned on. Think of it like you're running a space heater that's plugged into the wall in your house. It’s immediate heat as soon as it’s turned on. This is unlike in a gasoline vehicle which uses some of its waste heat to heat the cabin. An electric car doesn’t have as much waste heat as an internal combustion engine vehicle which is why resistive heating is commonly used. This means for an EV (like my Model 3) to warm up the cabin, energy from the battery must be used which of course decreases the estimated range. An interesting thing to know, however, is electric resistance heating is considered 100% energy efficient in the sense that all the incoming electric energy is converted to heat. For example, in Model 3, S, and X, one unit of electricity turns into an equal unit of heat thus 100% efficiency.

So you may be thinking: Well it doesn't any better than 100% efficiency, right? Well, actually there is something better. It’s called magic. No, not really. It’s called a heat pump, and the Model Yis the first Tesla to have one. In the manual, it says “Model Y uses a heat pump to maximize efficiency; therefore, your air conditioning compressor and external fan may run and make noise even when the outside temperature is cold and your vehicle is heating or Supercharging" So what is a heat pump and how is it better than resistance heating? A heat pump can be thought of like an air conditioner that has the ability to work in reverse. An air conditioner works by using a refrigerant to trap the heat inside of an area, then move it outside. A heat pump works in exactly the same way, only it has a reversing valve which allows it to reverse the flow of the refrigerant and heat an area when it's cold out. Heat pumps help efficiency because they move heat rather than generate it.

The electricity is used by the compressor to send refrigerant around the system and capture the heat from outside, then bring it inside. It can do this because of the refrigerant has an extremely low boiling point. And the best part is a heat pump can typically produce around 3kW of thermal energy for every 1kW of electrical energy resulting in an “efficiency” of 300%. I used air quotes for efficiency because according to the law of physics it’s impossible to have an efficiency greater than 100% because you can’t create energy from nothing. So instead, it's expressed as a Coefficient of Performance or (COP) rather than efficiency. So this “300% efficiency” sounds awesome, right? Well, there's a catch.

Heat pumps are usually not effective below a certain temperature range and typically don't work well in extremely cold temperatures. However, heat pump technology has recently improved, and in some cases can be rated for outdoor temperatures as low as -4°F. So why is the Model Y’s heat pump so important? Well, as you can guess by now, a heat pump should be able to heat the cabin while using less energy which should lead to longer battery range when driving in cold temperatures compared to all the other Tesla models.

This is a huge advantage! Actually, an article by GreenCarReports claimed that in New York City at 14 degrees, an EV's heat-pump-based system offered up to a 30percent improvement in driving range. It’ll be interesting to see how the ModelY winter range improves compared to the other Tesla models. The only downside to a heat pump is its slower to heat compared to resistive heating. Even though the Model Y is the first Tesla to have a heat pump, some other EVs including the Nissan Leaf has already had it as an option for a while now. So if heat pumps are really that much better than resistive heating, why didn't Tesla implement this before the Model Y? Most likely it was because of a heat pump adds cost, complexity, and weight. But for a Tesla, which already has an air conditioner, a heat pump seems like a no-brainer because the added complexity would be pretty minimal. And it seems with the Model Y Tesla finally decided that it was worth it.

After all, Teslas are going out to all parts of the world where there are actual real winters instead of just sunny California. I guess the biggest questions now are: where does the heat come from in the Model Y heat pump and does the Model Y always use a heat pump or does it alternate between a heat pump and resistance heating? From the Model Y manual it looks like it could be taking excess heat from the motor and battery, which would probably make it efficient even in extremely cold temperatures which would be nice.

Teslas already have the ability to use the motors to heat the battery, and if the heat pump is powerful enough it can potentially heat both the battery and the cabin. Either way, I can’t wait to see how the model Y handles driving in the winter. It sounds like it will be the best Tesla for that task. I can’t wait to get mine and I’ll be doing a lot of videos about it so be sure to subscribe so you don’t miss out on those. What do you think about this new feature? Let me know in the comments below. If you enjoyed this video please be sure to give it a thumbs up. My name is Andy. Thank you for watching and I’ll talk to you in the next one.

Popular posts from this blog

May 11, 2020
Baby Sleep Longer Stretches at Night, How to Get a Newborn Baby Sleep One of the most rewarding things as a new parent is to hear the sweet sounds of silence; that is, your baby peacefully sleeping! Every baby is unique in their sleeping habits, and it can be a tough rough for parents to navigate.   To help you achieve better baby sleep, consider these 15 tips to improve your baby's snooze sessions, newborn sleep tips first week 1. Consistency is Key A bedtime routine can help a child to wind down before bed, and can also help them prepare mentally and physically for the end of the day. Pre-bedtime activities might include a bottle, a bedtime story, and pajamas. When these things appear, children will know what is expected of them, and that playtime is over. Try to keep the room a little quieter when this routine begins. 2. Make Sleep Time Enjoyable Sleep should never be seen as a bad thing in the eyes of a child. Make bedtime a soothing, relaxing experience for the
Post a Comment
Read More....

15 Things Kids Want From Their Parents

May 11, 2020
15 Things Kids Want From Their Parents Although they might seem like it, children aren't too complicated. There are very few things that they request of us in their first years; however, these requests are essential in helping them grow up to be kind, respectful additions to society. As parents, there are 15 main things that children will want from you as much as possible. If you can do your best to provide these things to the best of your ability, your child's future will be brighter than ever. Here are the top 15 things kids want from their parents: 1. A Good Goodnight Going to bed is so much better when parents spend some quality time with their children. Take time out of your day to tuck them in, sing them a song, or read them a bedtime story. If you don't have any books, you might consider making up a story yourself, or telling them about your childhood. Children are very receptive to parents who use their imaginations, too! 2. Affection Showi
Post a Comment
Read More....

May 07, 2020
In summer, people get out to enjoy the beautiful warm weather while having a great time at their desired destinations. Some people complete their yardwork projects to turn their dream into reality. For instance, they can remove the dead trees from their backyard. Although trees look great, many of them can create problems. If you can't remove a tree yourself, you can hire a professional tree removal service. Given below are some benefits of these services. 4 Prominent Benefits of Hiring a Tree Removal Service 1. Saves tons of Time and Money The biggest benefit of these services is that they can help you save tons of time and money. Although these services are paid, you can still save money as you won't need to invest in the required tools and equipment. Additionally, if you do the job yourself, you may end up damaging something valuable in your house. On the other hand, hiring a professional ensures the job is done properly and there are no chances of damage to anythi
Post a Comment
Read More....